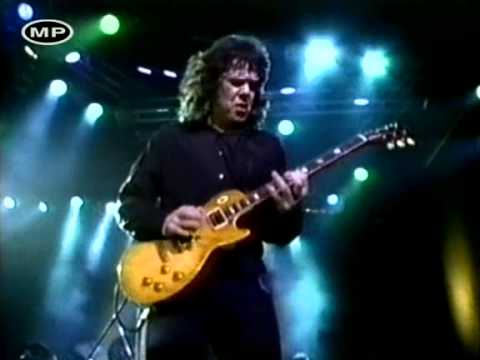 The campaign to erect a statue of Gary Moore in the guitar legend’s native Belfast has received a boost ahead of the 10th anniversary of his passing (February 6).

The Wild Frontier Memorial Project, led by members of Gary’s family, and fans, has gained support from the Green Party and The Alliance Party in Belfast and has been warmly welcomed after initial discussions.

Indeed, a statue recognising Gary Moore in Belfast could become a feature of the city’s plans for a major cultural celebration in 2023.

Last year, Belfast bid to be approved as a UNESCO European City of Music by 2023. While the European Commission has ruled that UK cities can no longer bid for the title, the Belfast City Council is understood to be planning a major cultural attraction for 2023, and Patricia Moore, Gary’s youngest sister, said a statue of ‘Belfast’s greatest guitarist’ would be a perfect fit for the city’s future ambitions.

A co-founder of The Wild Frontier Memorial Project, Patricia Moore added: “Belfast is steeped in musical history and has produced its fair share of legendary figures, and songs. I know Gary is an idol to many people all over Ireland, and all over the world.

“He loved his city and although his career would take him everywhere, his music was always influenced by the nature and beauty of Belfast, and indeed all of Ireland. Gary was very, very proud to be from Belfast, he loved to tell people that was his home.”

Raised in the east of the city, Gary Moore enjoyed a spectacular career with bands such as Skid Row, Thin Lizzy and G-Force, and predominately as a solo artist during which time he effortlessly switched from heavy rock to Blues, taking his denim-clad fans along for what would be a hugely successful journey.

Gary Moore died on February 6, 2011 after suffering a heart attack in his sleep, aged just 58.

Fans have raised almost £5,000 for the statue project. However, due to the COVID-19 pandemic, fund-raising tribute gigs in Belfast and Dublin had to be shelved last year.

The Green Party’s Belfast City Councillor Brian Smyth said: “On the 10th anniversary of the untimely passing of Gary Moore, I welcome the moves being made by his family to build a business case to have a statue put up in the city of birth, Belfast.
“Gary was one of the greatest musical sons this city has produced and has left a lasting legacy not only in Belfast, but across the planet. This is also a timely reminder of how important music is and how we value our musicians, when there is a real challenge to the Arts Sector in Northern Ireland.”